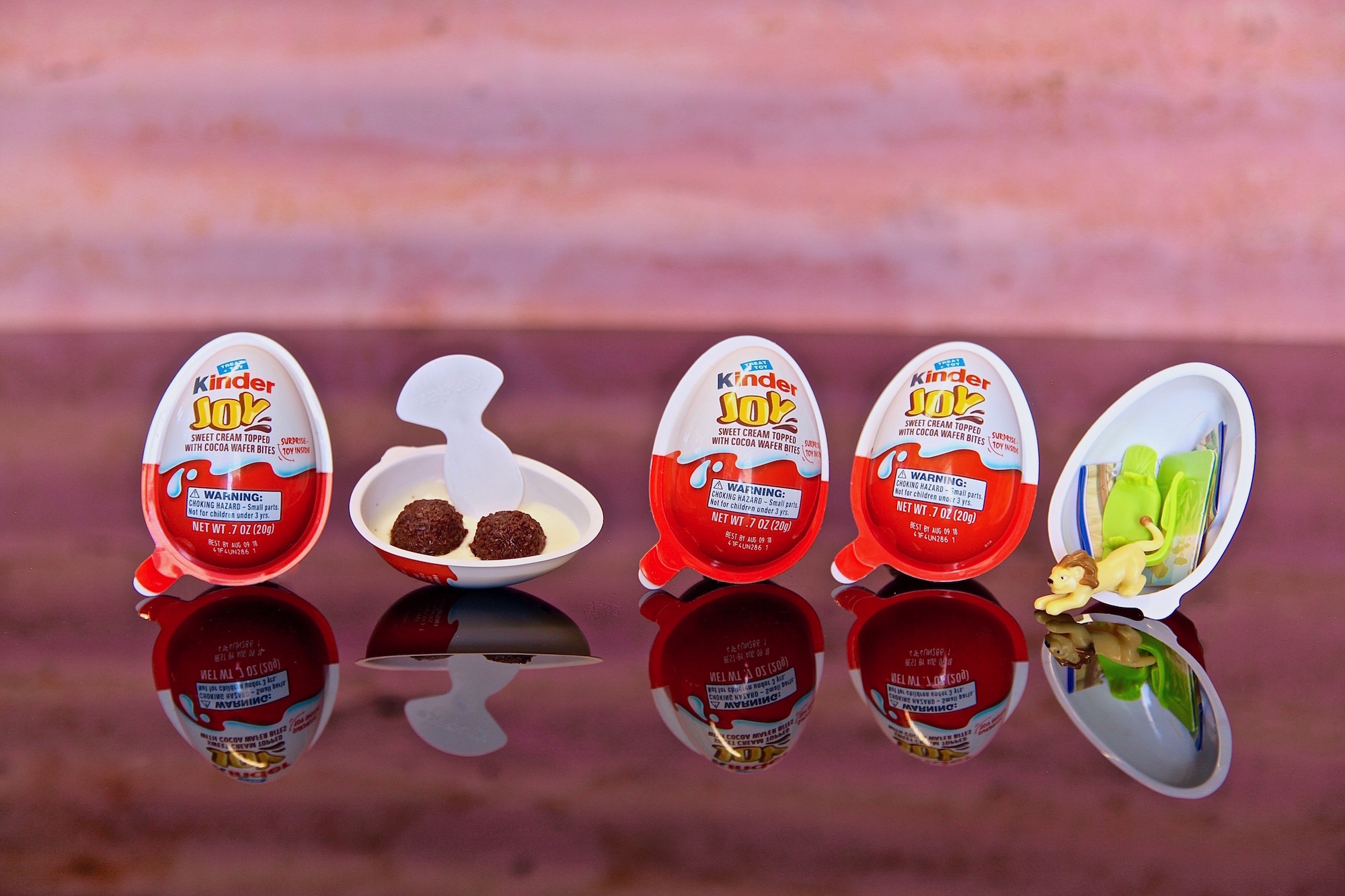 This post was sponsored by Kinder Joy™ and #WeAllGrow Latina Network but the content and opinions expressed here are all my own. 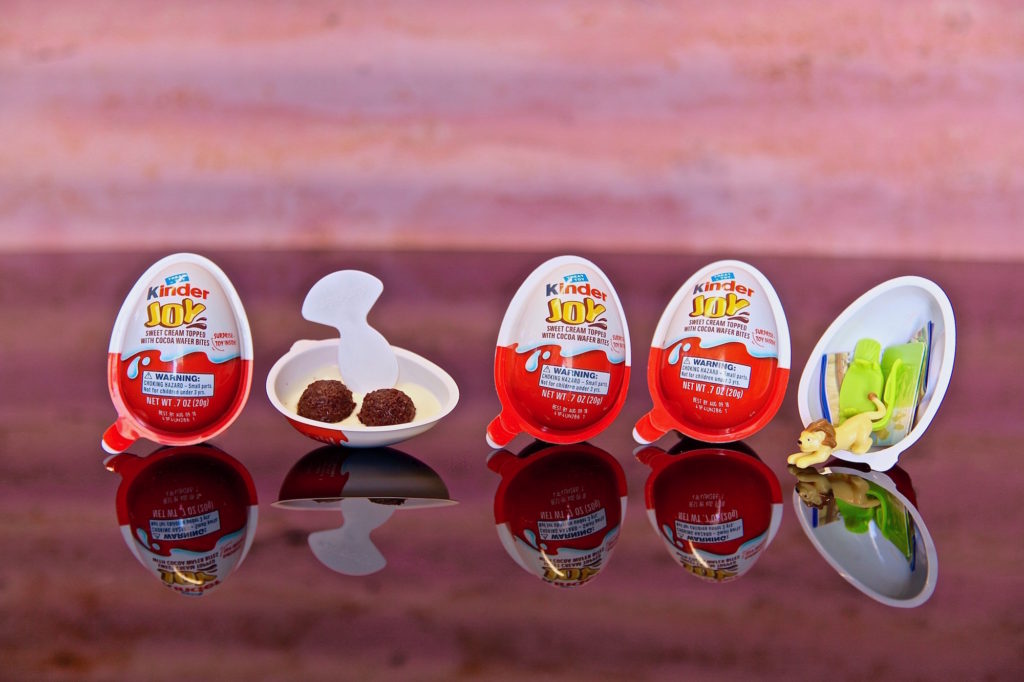 It seems like yesterday that I was introducing Max (my son) to Kinder Joy™ for the first time. We had just landed in Italy and were slightly tired from the long flight but running on an adrenaline high, excited to take in the Italian culture. We popped in to a little gelato shop and there on the counter sat a display of Kinder Joy™. His little eyes looked at the egg-shaped packaging in full wonderment, then he asked, “what are those things, Mom?” I said, “let’s buy some and you can find out.”

He sat out on a bench and slowly pulled apart the two separately sealed halves. There was a little plastic spoon inside, and he said “what’s this for?” I said, “you’ll need it to eat your treat, keep opening the package.” He was so excited when he opened one half and discovered two soft creamy layers – one milk-crème flavored and one cocoa flavored. Nestled into the creamy layers were two round, chocolate-covered wafer bites that were filled with cocoa cream. I said, “you can use your spoon to dig in.” His excitement grew when the other sealed half revealed itself to be a toy. He said “Mom, I wish we had these treats with a toy back home.” Me too Mijo.

Fast forward to early 2018. The news of Kinder Joy™ arriving in the USA nationwide hits my ears. I instantly go into planning mode of how I’m going to break this fantastic news to my son. We had just signed him up for his first year of baseball at our local park in East Los Angeles. He is already proving to be a sensational batter, but sometimes gets a bit bored while standing in the infield at second base. I’m constantly reminding him to stay focused during the defense portion of the inning before the game. All of a sudden, se me prendió el foco… I’ll buy Kinder Joy™ and tell him that if he focuses during his outfield portion of the game, I’ll reward him with a treat. Sure enough, that day he played amazing, he even caught a fly ball and made a double play! When he came running off the field with a winning game under his belt, I presented him with his beloved Kinder Joy™! His eyes twinkled with happiness when he recognized the egg-shaped packaging. I then whispered to him that I had brought enough for his teammates as well. He was thrilled to introduce them to his favorite Italian treat and to share the bonus of it being a toy too! 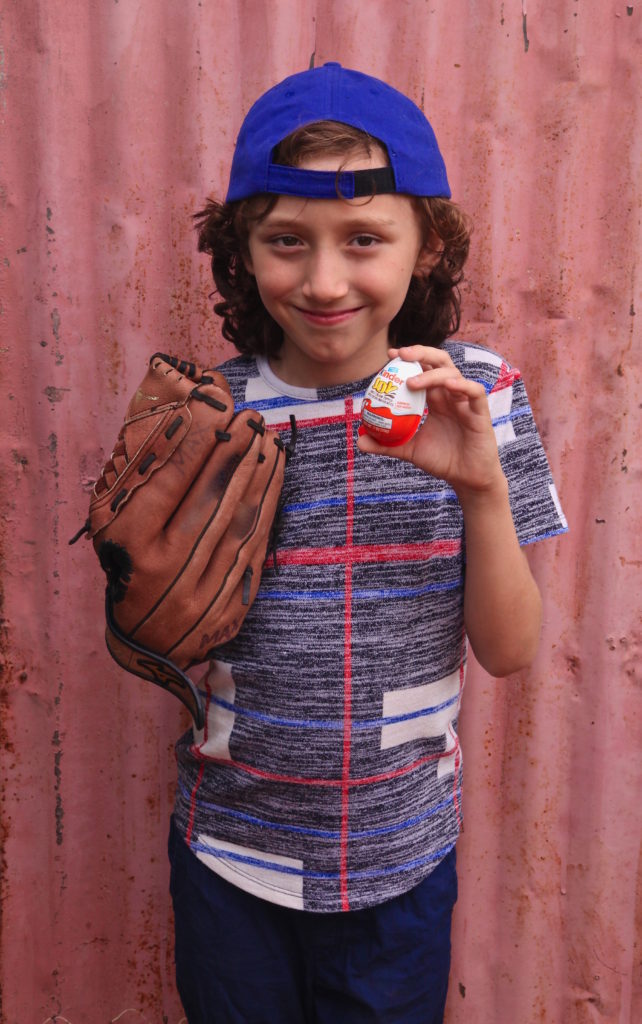 My advice to all my parent friends… share a Kinder Joy™ with your child. The creamy delicious treat is unforgettable and the mystery toy will provide hours of fun entertainment. It’s a great way to reward your kids and bond with them through the cheer of playing together. 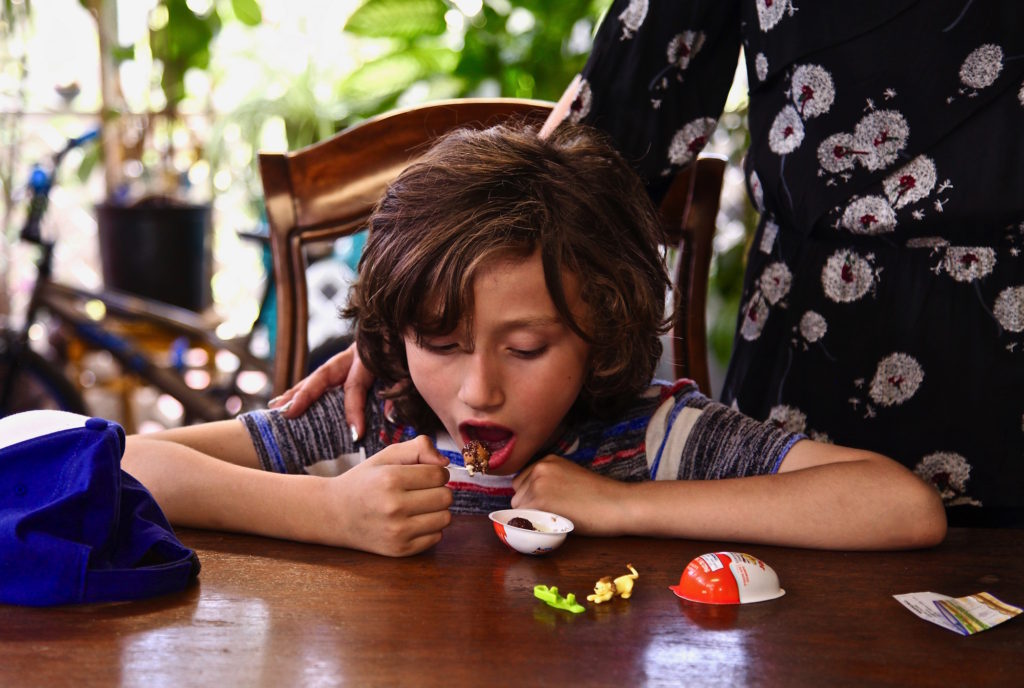