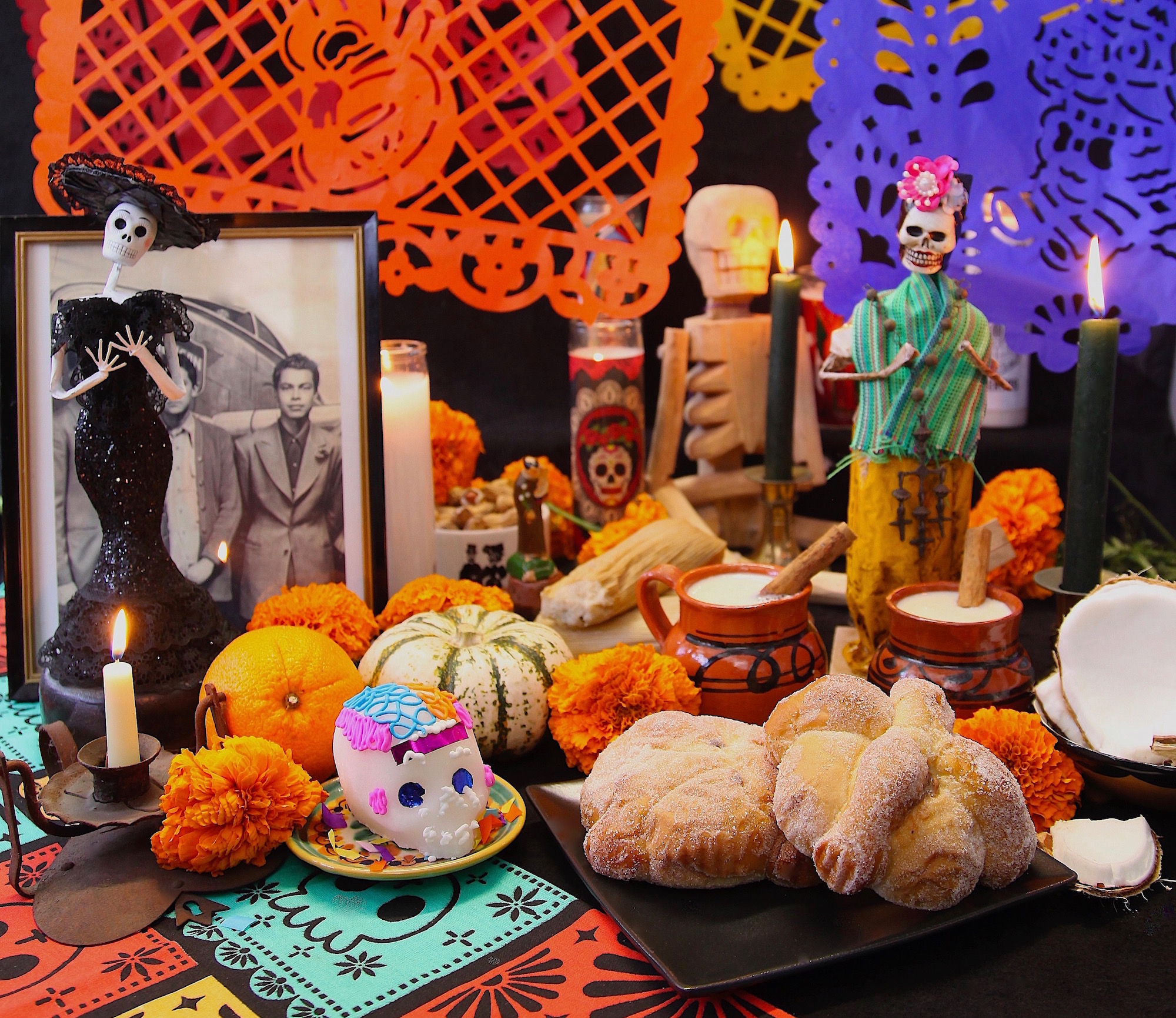 I don’t think I really grasped the full idea of Dia De Muertos until my grandfather passed away. It wasn’t until then that I saw the beauty in remembering and honoring his spirit. I feel like I do it every day by wondering what he would think of a situation or when I find myself acting just as he would. It’s as if his memory has taken on an entirely new life form and actually it has.

Remembering him especially during the days leading up to Day of the Dead when I see the Pan de Muerto displayed at Northgate and re-living how much he loved it in my mind. Every year I make sure to buy a couple of different loaves in various sizes and flavors. Northgate will have a Pan de Muerto Relleno de Chocolate Abuelita y Dulce de Leche this year along with 1lb Pan de Muerto. Some sugared and some plain, but equally delicious.

To accompany the pan de muerto and really pay homage to him I will make his favorite Atole De Coco (recipe below) and sip and savor all the memories that come along with it. Just thinking about this brings me to happy tears as I am forever grateful for the love my grandfather showered me with and am proud to show gratitude in his name. How will you honor your dearly departed?

Add shredded coconut, 1 cup water, and half of cinnamon stick to a sauce pan over a medium flame. Cook for 10 minutes to soften coconut and perfume the water with cinnamon.

In the same sauce pan over a medium flame add 3 cups milk, half of cinnamon stick, La Lechera and coconut mixture. Cook stirring constantly so milk doesn’t burn until it comes to a boil.

Pour it into the milk /coconut mixture and mix until it thickens.

Remove from flame and enjoy warm. 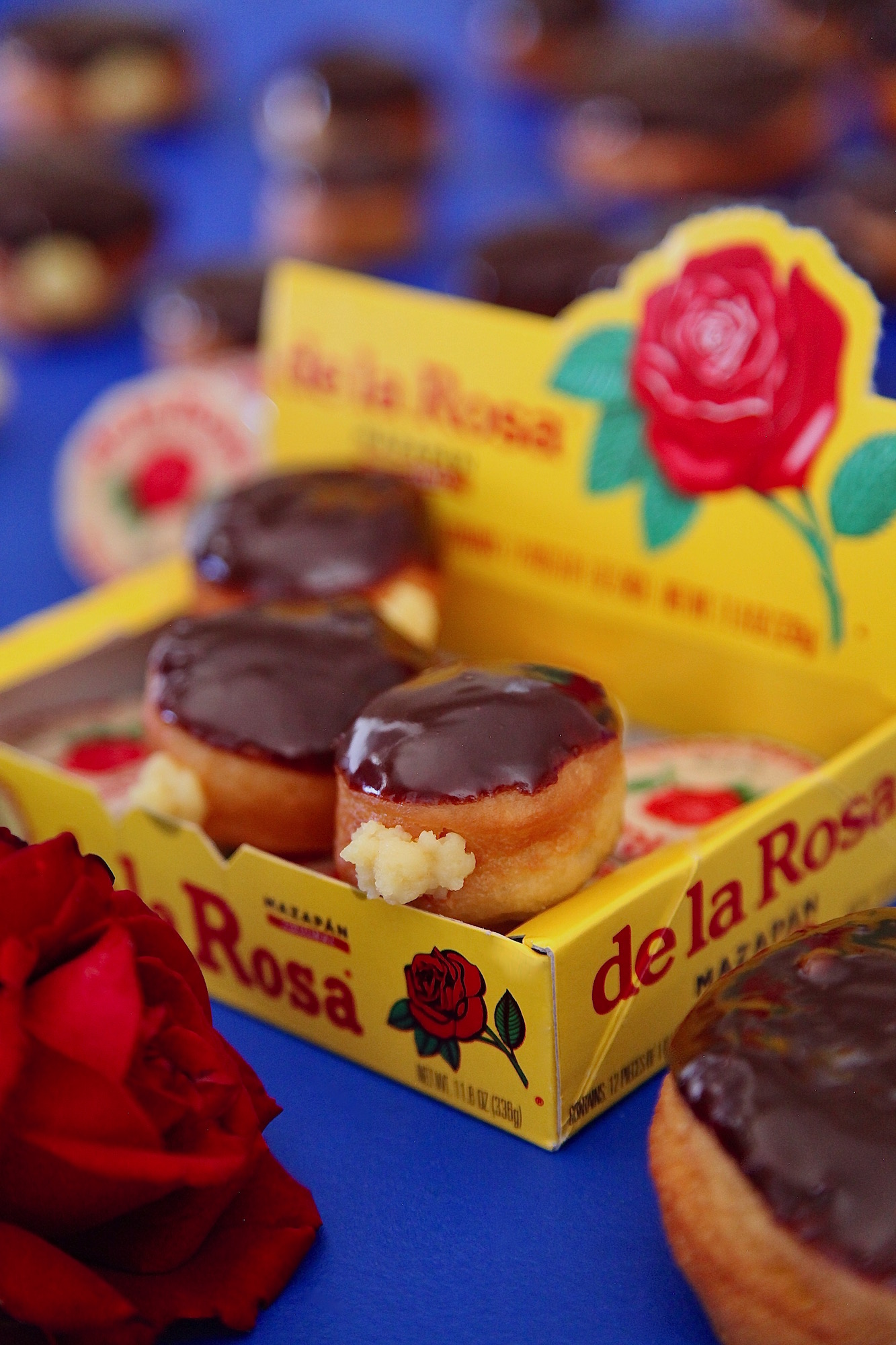 Mazapán Custard Filled Donuts with a Chocolate Glaze. Once an idea pops into my head the baker in me can’t get it out until the task is completed, or in this case the donut. Mixing Mexican-American flavors OR as my friend Coqui says “American rooted in Mexican descent” flavors is naturally what I dream up, because it’s authentically me. These Mazapán Custard Filled Donuts dipped in a Chocolate Glaze are exactly a mixture of both my cultures rolled into one.

END_OF_DOCUMENT_TOKEN_TO_BE_REPLACED 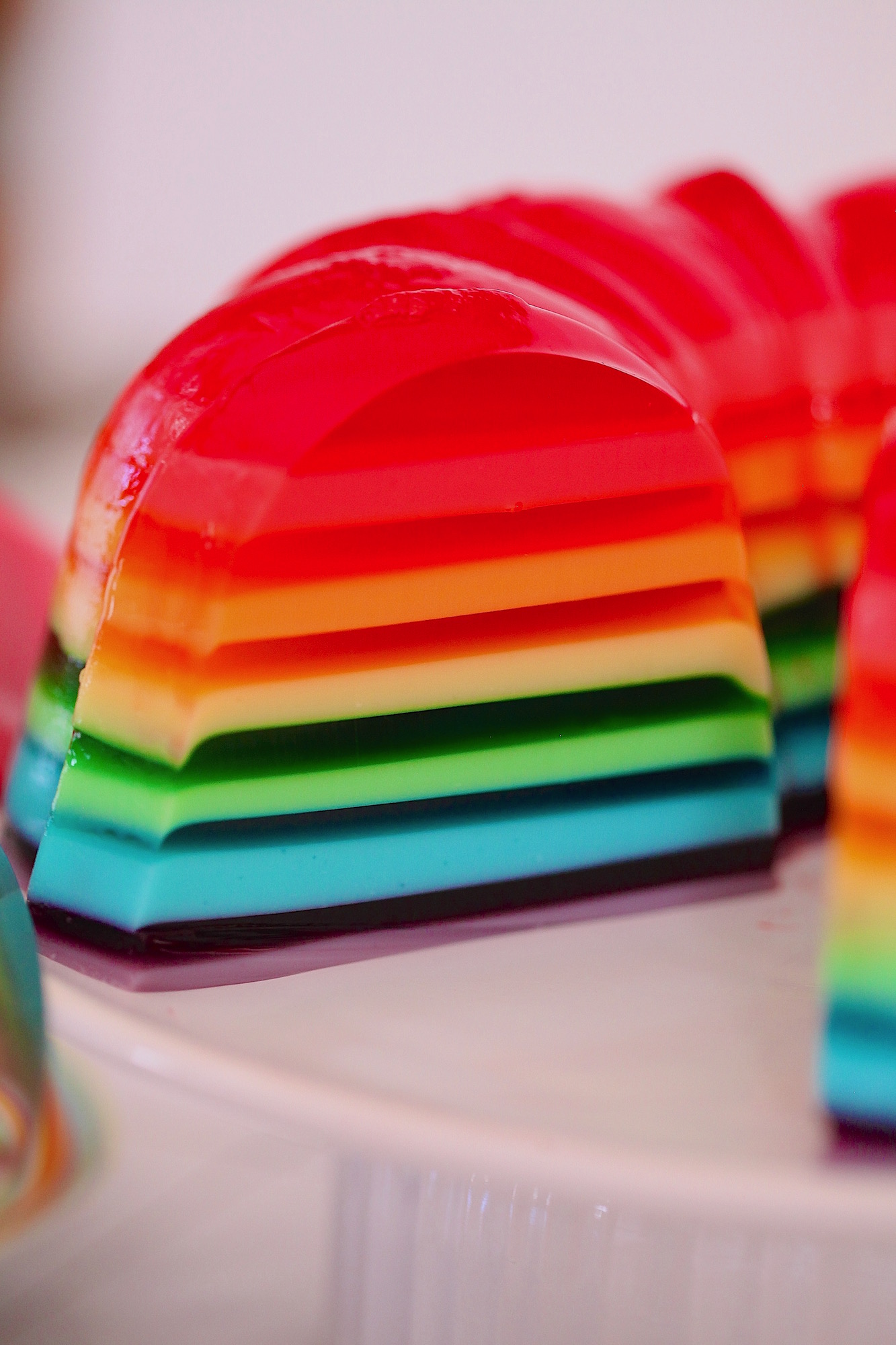 Rainbow Gelatina For Pride: I am a woman who stands in solidarity with the LGBTQ community. I was once a very young girl who stood in the same head space of loving, supporting, celebrating, and defending gay rights (as they were called in the 90’s). Nothing has changed. This is not a passing fancy for me and it’s not something I do to be on trend. I will always be an ally to my LGBTQ friends and family.

END_OF_DOCUMENT_TOKEN_TO_BE_REPLACED 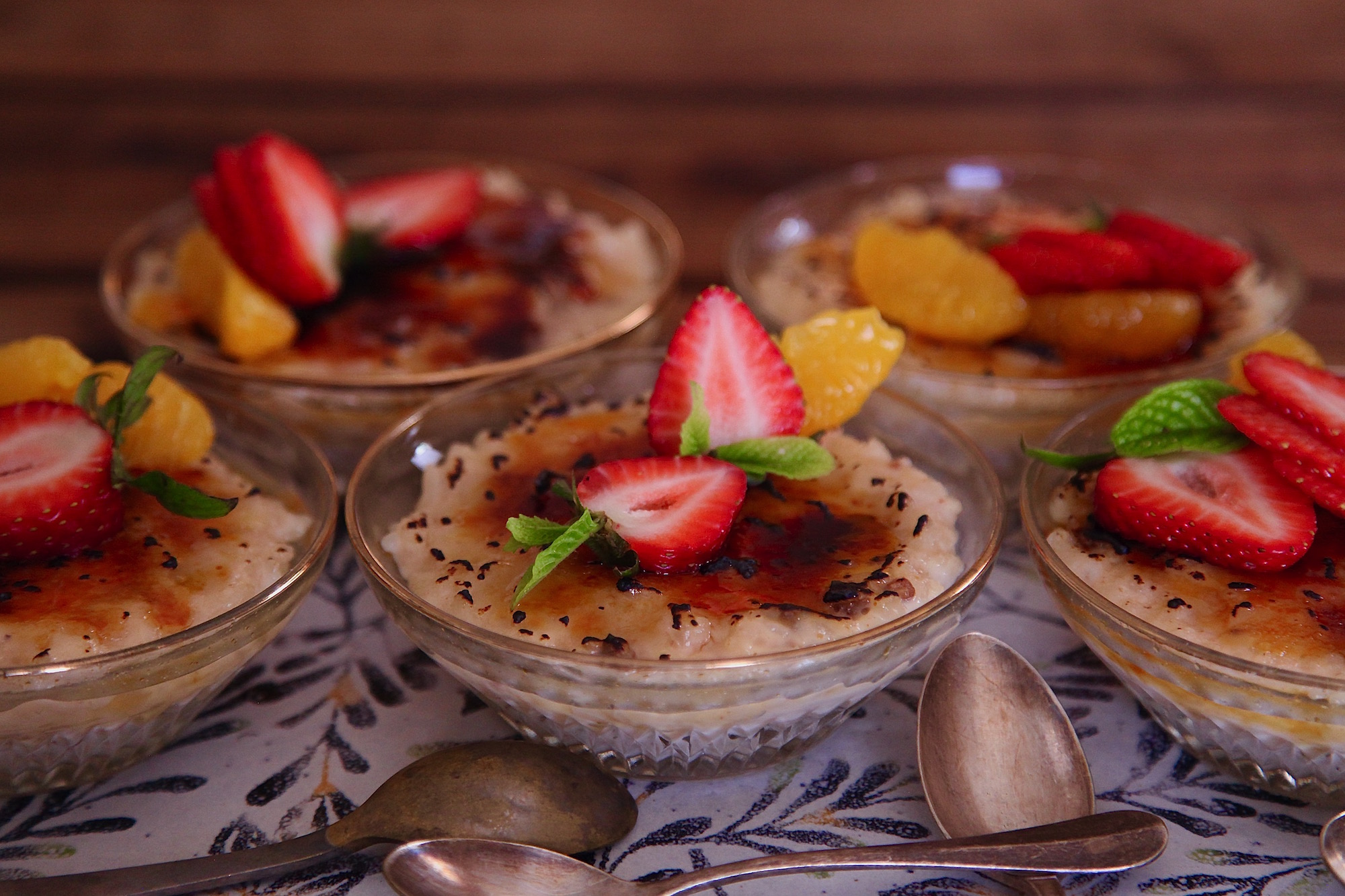 I can’t tell you how long I’ve been dreaming of this recipe, Arroz Con Leche Brûlée. Several months ago I created it in my head, and even wrote it in my notes of things to do. I started making my vamped up extravagant version of arroz con leche and found it to be so creamy and decadent in the same vein as crème brûlée… Thats when I imagined my arroz con leche topped with a layer of hardened caramelized sugar and adorned with fresh fruit.

END_OF_DOCUMENT_TOKEN_TO_BE_REPLACED 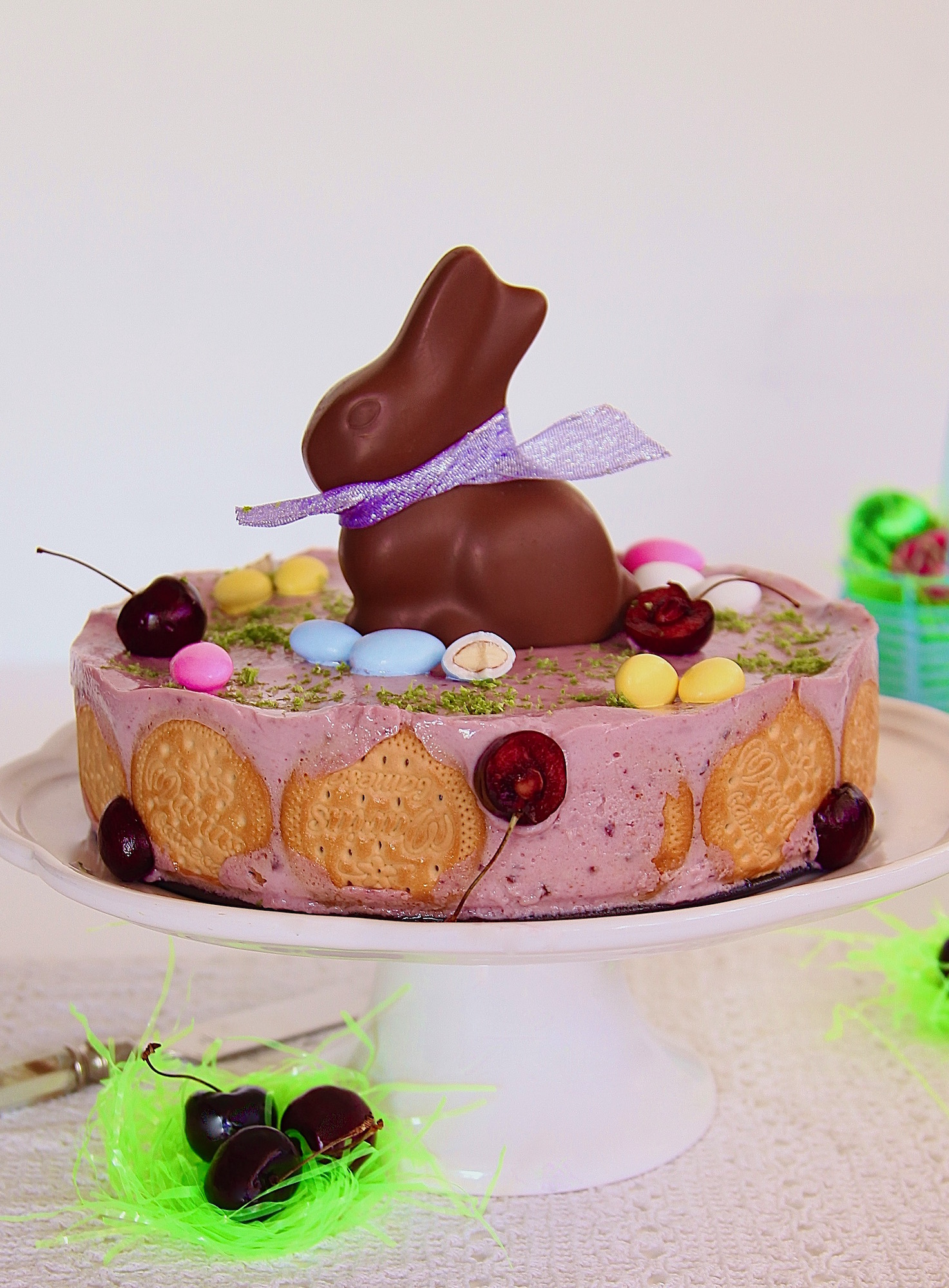 Calling all dessert lovers! Could we really celebrate Easter without a gorgeous dessert? I’m taking the fuss out of our Easter meal this year with a simple and easy Carlota! I decided to add cherries to my Carlota and change it’s traditional color of white to a festive pinkish-purple pastel. It’s the prettiest color but aside from that, the fresh cherry flavor only adds to this already delicious dessert…. pushing it all the way up in dessert ranks. Lucky for me, I was able to find all my ingredients at Northgate Market and pick up a few extra goodies while I was there. I hope you’ll try this Easter Cherry Carlota and make it whenever you have a bag of cherries hanging around.

END_OF_DOCUMENT_TOKEN_TO_BE_REPLACED 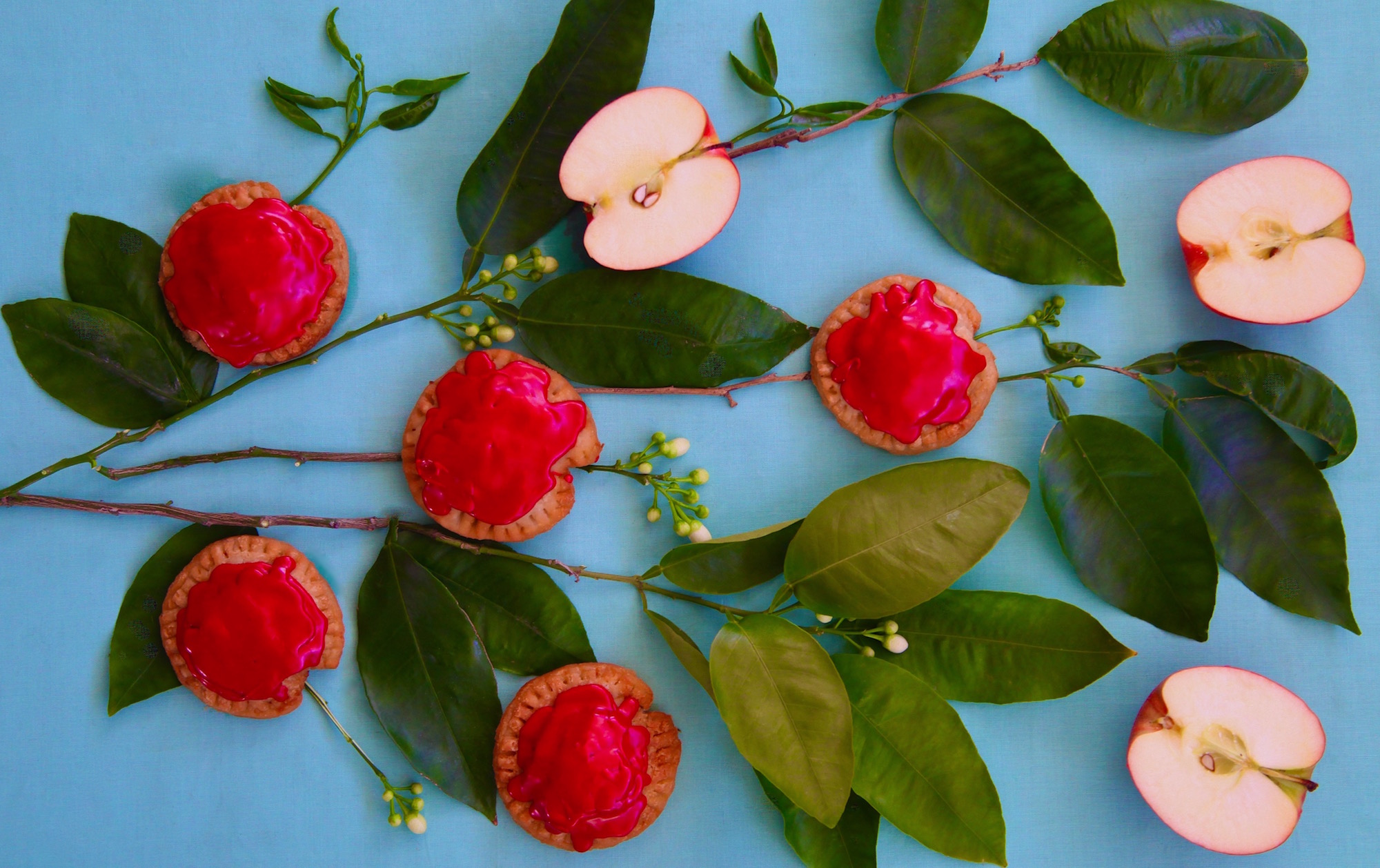 I usually repurpose one of my senior pie photos on #PiDay because I make pie all year round. I felt this year deserved a brand new photo and something a little fantasy and hopeful. Mini apple pies seem to be a good portrayal of how I’ve been feeling. It’s almost as if I could touch the beginning of Spring and am anticipating some happy changes in the next couple of months. Fingers crossed. To be completely honest, I’ve hit the pandemic fatigue wall and know we are in the final stretch… just gotta hold on tight a little longer.

END_OF_DOCUMENT_TOKEN_TO_BE_REPLACED 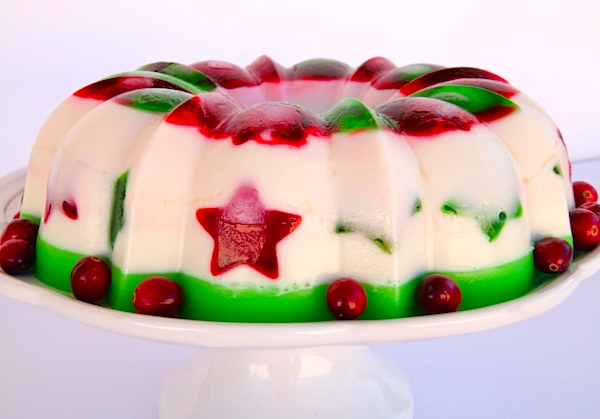 Gelatina Navideña is as traditional for my family as setting up our Christmas tree during the hoilday season. It’s a welcomed light treat to have on hand after a big meal. It usually makes it’s grand entrance onto the table and sits proud waiting to be cut so it could wiggle and jiggle from plate to mouth. With the Posadas (from Dec. 16th to Dec 24th) approaching I thought I would bring out this Gelatina Navideña for you to make in your home. I took the classic combo of cherry and lime and added creamy coconut to the mix for an amazing dance on the tastebuds. Plus it’s beauty represents the colors of Mexico and Navidad all at the same time! I hope you and your family and staying safe and healthy.