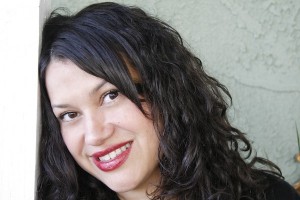 Nicole Presley is a culinary enthusiast and recipe developer passionate about culture and food. Her childhood and life experiences drove her to create Presley’s Pantry, a platform where from her East L.A. kitchen, celebrates family, food, develops original recipes and is the main stage to her popular web series called by The Los Angeles Time “hands down the most original.” She has partnered and assisted with product development for The National Milk Processor’s Board, the Idaho Potato Commission, Whole Foods Market, KitchenAid, Wonderful Pistachios, Avocados from Mexico, and Maseca’s Amigas Blogueras. Her award winning food has earned her national recognition with Cosmo for Latinas, voted best food by Latina Magazine and has been invited to the White House as one of the top bloggers in the nation. As the first and only Latina contributor on Disney’s parenting site Babble, she helped developed over 200 recipes for their Family Kitchen section and has received numerous awards including been named among the Top Blogueras by LATISM and Top 100 Babble Food Bloggers of 2013. Presley currently creates content and develops recipes for Walmart.com as well as serving as a YouTube video personality for General Mills’ Que Rica Vida. As a notably unique food connoisseur, Presley has been a judge on NBC’s television show Food Fighters and as of summer 2012, Fresh and Easy Markets packages and sells Presley-created salads in all Southern California stores. 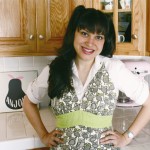 Growing up my mom never cooked. I don’t think she had an interest in it, or maybe she viewed it more as a chore. No one in my house cooked…..I shouldn’t say that, they made the basics.  As far back as my mind will stretch, I remember being fascinated with people who could cook. At social functions, instead of playing outside with the rest of the children, I’d anchor myself in the kitchen to watch the real entertainment unfold, with the hopes that they would let me help somehow…. always asking a million questions about what was being made and how it was prepared. I knew then, as a small child, that cooking was the farthest thing from a chore…. it was a true art form and one I would try and excel at for the rest of my life.  My obsession with cooking grew momentum as I turned the corner into my teens.  It was also at that exact point that my interest in baking occurred. To me, baking was the coolest science.  I was in love.  I befriended many women and men who were ripe with age and experience in the kitchen…. talk of recipes and cooking tips were plentiful.  I’ve never stopped since.  Cooking and baking is my passion.  It’s why I wake up in the morning and live for.  I’m a self taught gal, who is very grateful to all the people who endured my culinary questions, and all the people in my life that allowed me to experiment with different dishes and always gobbled them down happily.

In this blog, I  highlight the recipes of my scrumptious journey and tell the story of how I created them, where my inspiration came from and the travels that allowed me to taste foreign foods and incorporate them in my cooking and baking.

I continue dwelling in my beloved city of East Los Angeles.