My family and I were invited to a pre-screening of “The House With A Clock In Its Walls” this past Saturday, the new movie directed by Eli Roth (Hostel/DeathWish)and starring Jack Black and Cate Blanchett. The House With A Clock In Its Walls is a magical kid-scary film. It reminds me of the movies that used to be made back in the 80’s that were just frightening enough to make you jump out of your seat, but nothing that would project your dreams into nightmares.

I was excited to give my son his first taste of a horror film.  I think The House With A Clock In Its Walls is the perfect introduction to this genre for kids age 8 and up. Aside from the scares the set design was a carnival of eyecandy with cool dreamlike sets that kids and adults alike will be drawn to. 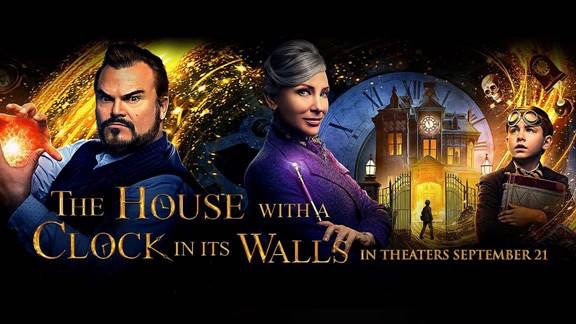 One of the key things that stood out to me while watching the film… they only ate chocolate chip pecan cookies. I sat there in the theater wishing I had a plate of the cookies from the film mixed with the snacks I was munching on – a soft pretzel and chocolate covered raisins. I rushed home and made a batch of Chocolate Chip Pretzel Candied Pecan Cookies completely inspired by the film. I took a standard chocolate chip cookie recipe and added a little magic to it with bits of candied pecans, chocolate covered raisins, mini pretzel pieces, and toasted coconut to give it an extra layer of trickery. It was absurd how exquisite they turned out. I almost named them the matinee cookie, but then you wouldn’t know what was in them. 🙂

Make these Chocolate Chip Pretzel Candied Pecan Cookies and take your kiddos to go see “The House With A Clock In Its Walls” it starts Friday September 21st in theaters nationwide! 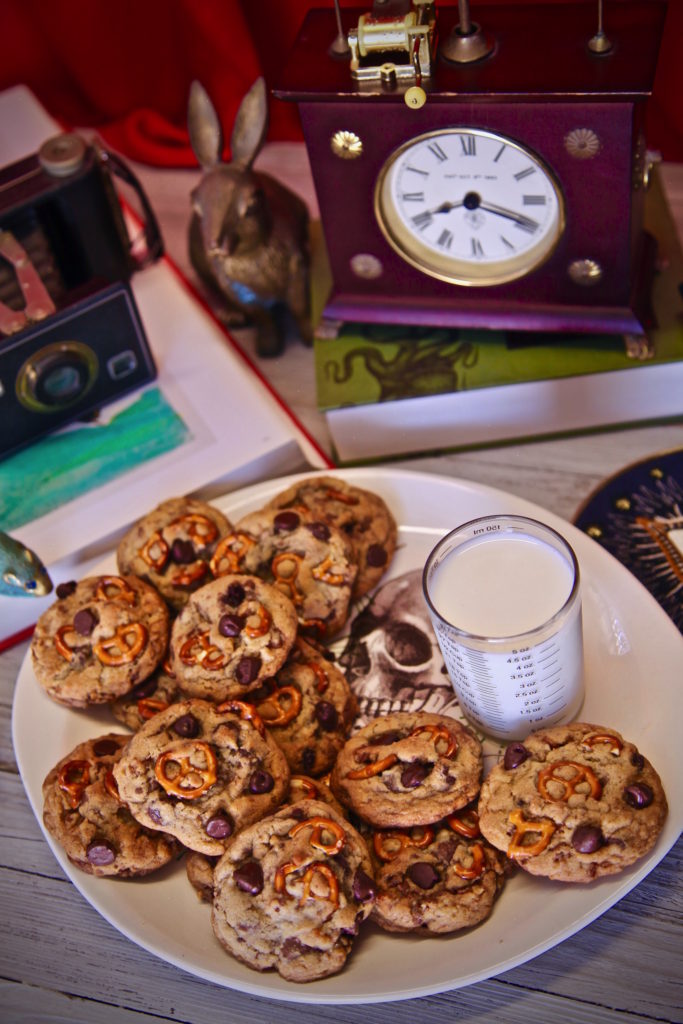