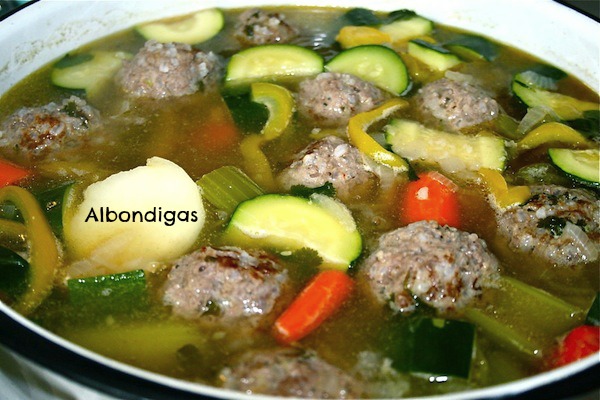 At first people thought it was a joke.  I would tell my family and friends,“Whenever I make albondigas, Mando, my fiance, refuses to share the pot with anyone.“ Usually the person I was telling would laugh, and instantly request a bowl or ask to be invited over the next time I decided to make a pot.  I would then have to go further  into explanation that Mando had become insanely attached to my albondigas to the point of questioning how many servings I was going to consume out of the ginormous pot I always make. Every time I make a pot, he asks with ownership, “You’re only going to have one bowl…right?”  This story about Mando and my albondigas is usually received with shock, because everyone who knows Mando knows he is a quiet, nice, down to earth, generous guy….. He wouldn’t even allow a serving to slip past the front door to be sent to his mother (whom he adores with all his heart ), so can you imagine the resistance he put up when friends would ask.  Ha!  It was hopeless.

Once my circle realized there was a troll named Mando guarding these sacred albondigas, they started devising schemes on how to get their hands around a bowl.
One of my brave girlfriends sent a Christmas card addressed to him, with a drawing of a bowl of soup… big meatballs popping out over the top…and it simply stated “all I want for Christmas is a bowl of Nicole’s albondigas.”  He didn’t budge. In fact, he just laughed it off and said something to the effect of “dream on.“  I ended up making them for her while he was out of town.  We called and tortured him over the phone about how perfect they had turned out.  He crumbled when this information reached his ears, his focus shifted, and he started to request a pot upon his return home.  He was crazed.
Whenever a dark cloud passes or a forecast of drizzle is on the horizon…the words “albondigas” and “please” are repeated in a song-like chant and sent my way by a darling named Mando.  Like clockwork, the second they are made, the greedy monster slides across his face to stake his claim on the entire pot.  He will eat every last drop of it over the course of two days. Breakfast. Lunch. Dinner.  He asks me to keep it HUSH HUSH! “Don’t breathe a word to anyone that you made albondigas until I finish the pot.”  Most people think it’s ridiculous that he won’t spare a bowl, much less a taste…. I guess, I secretly love the thrill of knowing the albondiga troll.  Witnessing such psychotic behavior is pure comedy. 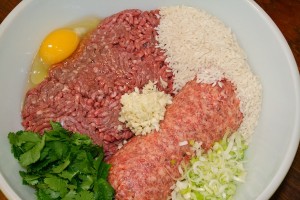 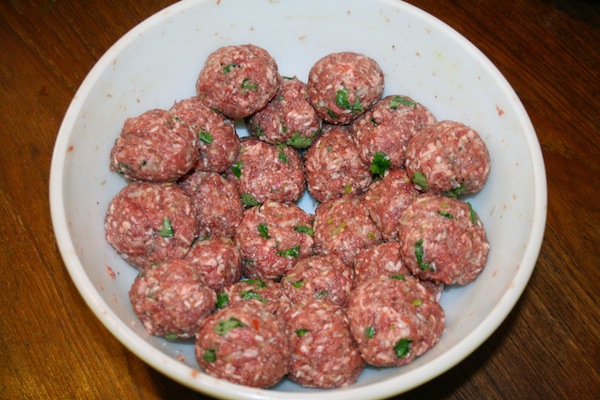 Then in a large frying pan, add a little oil (2 tablespoons) and fry meatballs over a medium high flame on each side for 2 minutes, just to brown/sear them a little. Take off flame and set to the side. 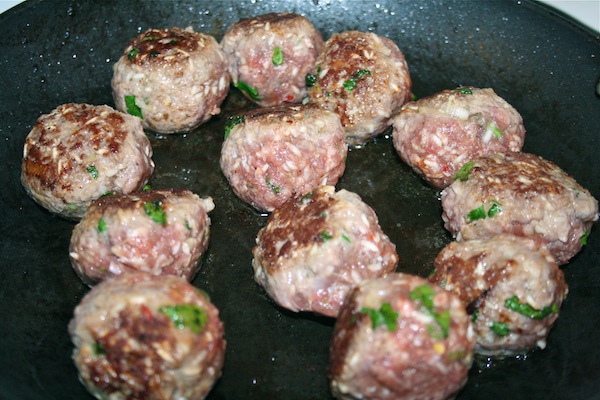 In a large pot (20 quart) over medium flame, pour in olive oil and let heat, then add onion and yellow bell pepper and saute for 8 minutes. 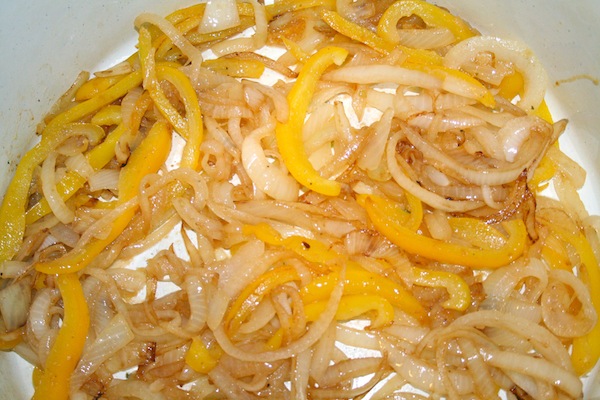 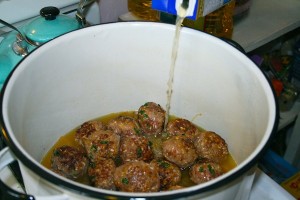 Lastly, add corn on the cob and cook for the last 10 minutes! That’s it…. You’re done!

I like to serve my albondigas (meatball soup) with fresh lime, corn tortillas that are slathered in butter, and homemade salsa (optional if you like life more on the spicy side). 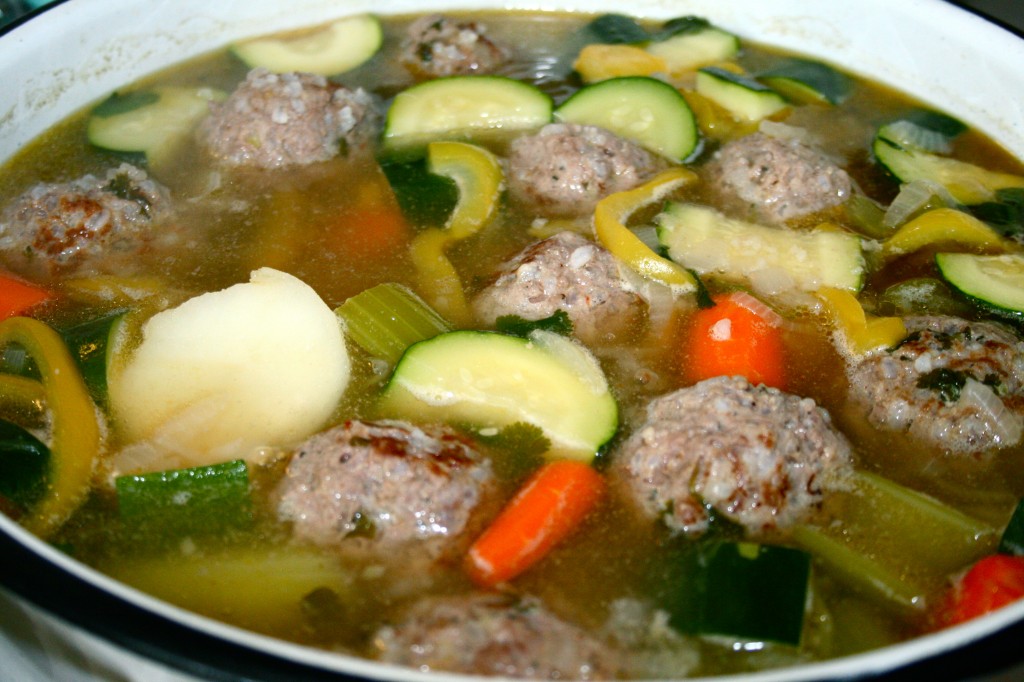 Hope you don’t have an albondiga troll in your house. 🙂