Sometimes life throws little surprises on your lap.  A few weeks ago I was asked if I would like to interview the cast of The Hundred Foot Journey and that cast included Dame Helen Mirren.  Being that this movie is based around food, and I am a huge film fanatic, I jumped at the chance!  I had lived vicariously through my Mother as she read the book a few years ago and I was now anxiously awaiting the release of the film when I was asked to do the interview.  I had no idea how gorgeous the food and story were going to translate to the big screen, but it is a sight to behold on all levels.  From food that looks like it was created in the heavens to a stellar cast of great performances to a solid funny, touching story that will be considered a classic food-film for years to come.  It will be in theaters this Friday, I highly suggest you go and see it.  In the meantime here are a few things the cast had to say about their food experience with the movie.

Question: How much food training?  What kind of training did you go through for the film to master the tricks of the trade from an appearance stand point?

Helen Mirren /Madame Mallory:  No I did not. Luckily I didn’t have to cook in the film. I just had to break some eggs at one point.  I don’t break the shells the ‘official’ chef way, but I have seen people break an egg like that with one hand and I had practiced that way prior to filming.  Then of course the chefs on the set said “Oh no, we would never break the eggs that way, we would bang two eggs together.”  I did it for theatrical purposes with one hand.  I did though observe a chef in beverly hills for a few nights to watch the kitchen run and it was like a beautiful ballet.  Like a beautifully oiled machine.  Quiet, absolutely silent. Maybe a little bit of talking, but it was absolutely fascinating.

Charlotte Le Bon /Marguerite: I did culinary classes with Manish in a restaurant in the area where we were shooting for a couple of hours, then after that I went to a friend’s restaurant in Paris and watched the chef for two nights.  For sure I am not a great cook and I will never be able to make good food.  So I don’t care about learning to cook a ham. It’s more about gestures and being a leader in the kitchen.  That was the most interesting part was the way the chefs I observed moved, and how they would yell at people.

Manish Dayal /Hassan: In pre-production I did a lot of in the kitchen training.  I had to really understand how things were done in a French kitchen vs. an Indian kitchen.  In an Indian kitchen you’re just trying to get the job done, you move wherever you need to move to get the dish cooked the best possible way.  Where as in a French kitchen there is a very very specific hierarchy, there are rules, you have to know where your skills are, by knowing your skills you know where you are in the kitchen physically.  No one crosses each other in a French Kitchen.  There is always a way to stand to be out of the next persons way.  It sort of functions like a puzzle, with very stiff movements.  And an Indian kitchen isn’t like that, everyone is moving around trying to get the job done.

Question: Tell us about the omelet?  Did you actually get to cook that?

Manish Dayal /Hassan:  It’s my Dad’s recipe.  Oh I cooked it!  And they had some French cooking consultants on the set and they were horrified.  They couldn’t believe how I was preparing it, what I was adding to it.  They were in shock.  The way to make that scene important was to make it my omelet.  It couldn’t be a proper french omelet, or it wouldn’t fit the story.  My father’s secret to an omelet is milk.  It takes longer to cook, but makes the eggs flakey.

Question: What is your favorite food memory?

Manish Dayal /Hassan:  My Mom’s cooking.  If there were three things in front of me, I could always tell you which one my Mom cooked, just by the way it tastes.  She makes rice and dal, and my favorite memory is she would put lots of peanuts in it!  I would eat just that as a kid.

Charlotte Le Bon /Marguerite: Yeah, but it’s usually very bad food.  Like kids food.  I don’t know why but kids love to eat tasty food, and tasty food is always bad food.  I think of the hamburgers my father use to make where the meat, when I was still eating meat, was almost raw in the middle.  Or the foods my grandma makes and still does, It’s the odors… odors are the best souvenirs.

Helen Mirren /Madame Mallory:  My mother was not a great great cook, but she was a good cook, and she made several signature dishes.  She made these wonderful ‘piroshki’ cabbage pies.  And actually chocolate, chocolate is an incredibly memorable thing for me, because I didn’t eat chocolate at all because I grew up in England after the second world war, and had never had chocolate until I was about 7 years old.  My first taste of chocolate was pretty amazing and I never quite forgotten it.  More than the taste of it was the smell of it.  I love milk chocolate.

Question: Were you a cook prior to starring in this film?

Manish Dayal /Hassan: You know I wasn’t. I knew basic things like how to make eggs. One thing I did know how to do well is BBQ because my Dad is a big griller.  I would always watch him do that, so I kinda picked it up a little bit.

Charlotte Le Bon /Marguerite: I don’t cook a lot. I’m kinda lazy actually. I’m a vegetarian too. I do cook to impress when I’m having guests over.  I’ll make risotto and fancy pastas.  Lots of parmesan.  They never come out like I want them to.

Helen Mirren /Madame Mallory:  My great cooking secret is my showtime grill.  It’s genius.  I saw it on an infomercial one night and got my credit card out.  The showtime grill arrived and it’s fantastic.  You can not go wrong.  It’s the most wonderful, wonderful thing.  I can’t say enough about the Showtime grill.  Aside from cooking chicken on my grill I love making soup, because it is an endlessly changing thing.

THE HUNDRED-FOOT JOURNEY arrives in theaters everywhere on August 8th! 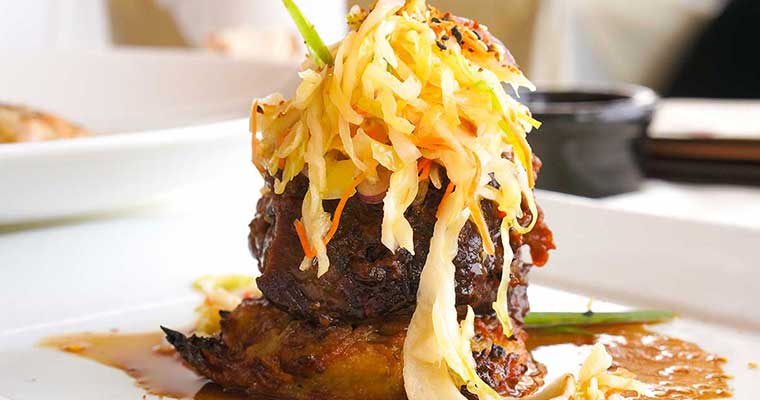 I don’t remember the year exactly…. It might have have been 1991 or 1992, the Pixies were playing a private show for Halloween here in Los Angeles at a club that was called 1970’s on Highland.  I found out about it because KROQ was giving […] 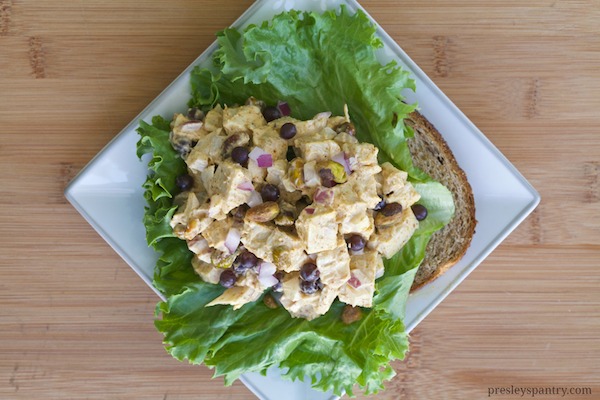 You know that feeling you get after you just walked out of a film that was so satisfying on every level? The story line was great. The acting was superb. The cinematography was excellent, the art design was dazzling, and you were completely sucked in […]