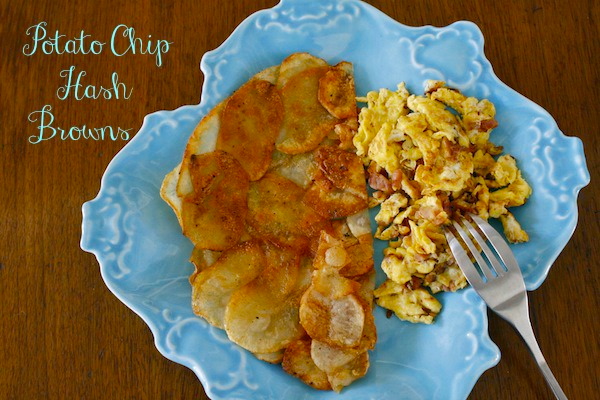 My son asks for potato chips every meal, that’s what our meal time has come to recently.  I try and bribe him, give him ultimatums, replace his chips with other food but it always comes down to “chips.”  Even his teacher is on to it, she says to me the other day “Max ate his sandwich during lunch” then she smiled real big and said with a wink “I gave him a chip every other bite.”  What?  Seriously?  The only way to get him to eat or try other foods is if the food is followed with a chip.  Thank the stars I have the cool Zyliss 2-in-1 Handheld Slicer, it’s like a mini mandoline.  It makes slicing my potatoes paper thin a fast task.  Instead of making chips this morning, I fooled my son and told him all the chips stuck together to make a potato chip hash brown.  He believed it and ate the hash brown. One point for me. 🙂 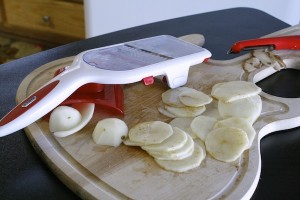 Peel and slice potatoes then add them to a big bowl and mix in the spices and seasoning salt.  Set to the side.

In a large frying pan over a medium high flame add vegetable oil. Allow oil to heat for about 3 minutes before adding in potatoes on a single layer.  Then with the extra potatoes add a top layer. 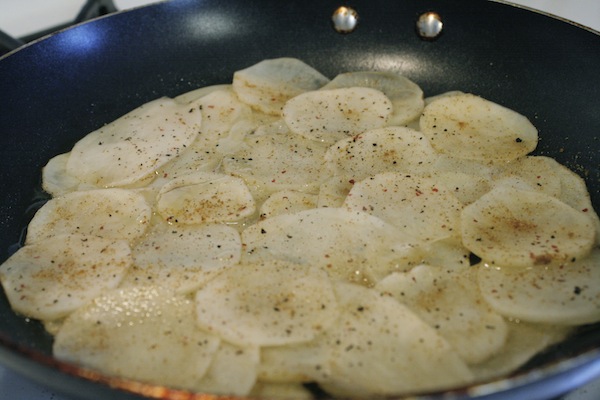 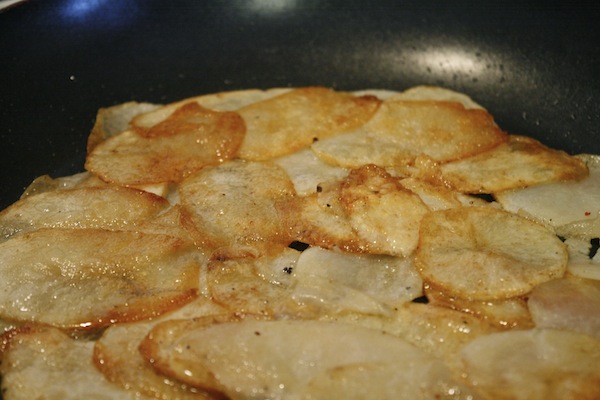 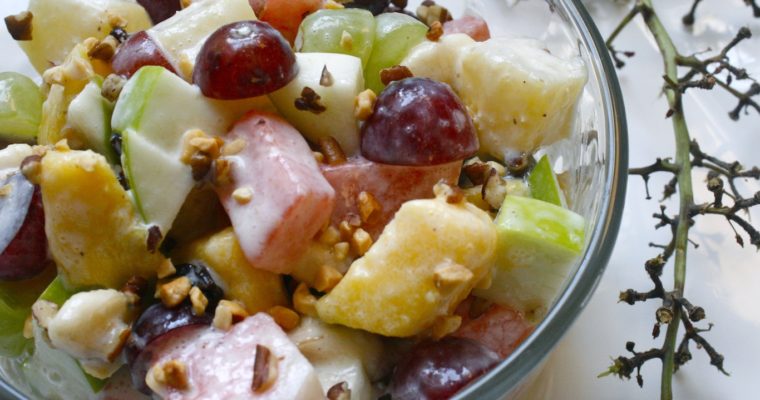 “Stop acting like a hungry little monkey”, those words came spilling out of my mouth faster than I could catch them.  I didn’t say it in a mean way,  I just said it as a matter of fact.  You see my friend Karla was over […] 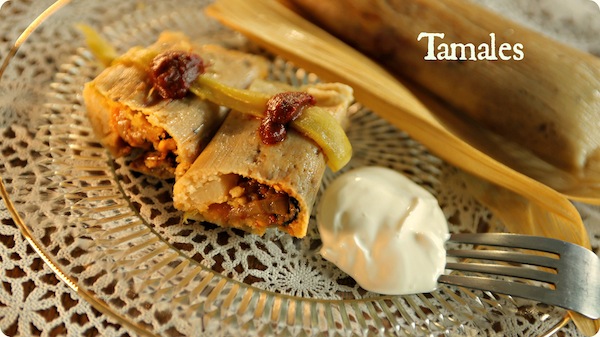 Merry Christmas Everyone!  We decided to put this webisode together to help anyone out who is anxious to start making tamales this holiday season or just wondered how it’s done.  Without further ado…. Here’s our Christmas Special (Everyone loves a Christmas Special, right!?) Tamale Tips: […]